Elon Musk Throws In The Towel, Agreed to Buy Twitter At Full Price 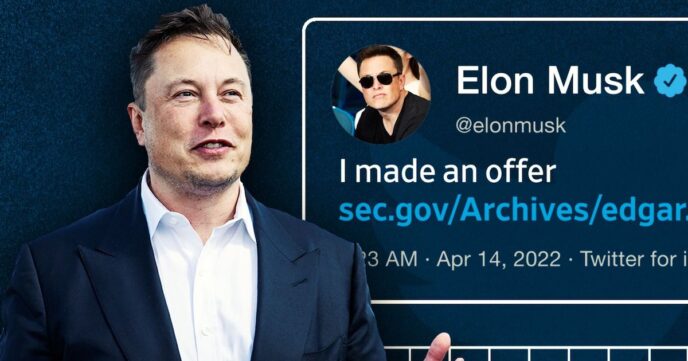 According to news coming out of Bloomberg, Elon Musk sent a letter to Twitter agreeing to buy the social network for the original price of $54.20 a share. This brings to a close the months long legal battle between Musk and Twitter, with Musk being the loser and Twitter being the winner. So why did Elon gave up?

Musk attempt to cancel the Twitter sale was on shaky legal grounds to begin with. He made his offer to buy Twitter without conditions or due diligence. To better explain this, let’s look at it as a real estate transaction.

You put your house for sale and a buyer offers you $44 billion cash for it with no conditions and waives inspections. You accept the offer and the deal is signed by both parties. Then the housing market takes a downturn and the buyer suddenly say he doesn’t want to buy your house anymore. He’s claiming the house has issues that weren’t disclosed. As the seller, you wouldn’t have much trouble forcing the buyer to complete the deal, and that’s basically what Twitter did.

Musk knew his case was on shaky grounds (or his lawyers would have told him), but going to court was more likely an attempt to settle with Twitter for a lower price than to outright terminate the deal. In the end, Twitter didn’t budge.

So why did Musk settle now instead of going ahead with the court case? Because it will cost him more if didn’t. The closing date for the sale is fast approaching, and if Musk haven’t paid for Twitter by close, millions of dollars in interest and plenties start kicking in. Here is the letter Elon’s lawyer, Mike Ringler of Skadden Arps, sent to Twitter’s lawyers on Oct. 3:

On behalf of X Holdings I, Inc., X Holdings II, Inc. and Elon R. Musk (the “Musk Parties”), we write to notify you that the Musk Parties intend to proceed to closing of the transaction contemplated by the April 25, 2022 Merger Agreement, on the terms and subject to the conditions set forth therein and pending receipt of the proceeds of the debt financing contemplated thereby, provided that the Delaware Chancery Court enter an immediate stay of the action, Twitter vs. Musk, et al. (C.A. No. 202-0613-KSJM) (the “Action”) and adjourn the trial and all other proceedings related thereto pending such closing or further order of the Court.

The Musk Parties provide this notice without admission of liability and without waiver of or prejudice to any of their rights, including their right to assert the defenses and counterclaims pending in the Action, including in the event the Action is not stayed, Twitter fails or refuses to comply with its obligations under the April 25, 2022 Merger Agreement or if the transaction contemplated thereby otherwise fails to close

On the bright side, Musk buying Twitter means we’ll have Trump back on Twitter by the Mid-Terms. That should provide loads of entertainment.